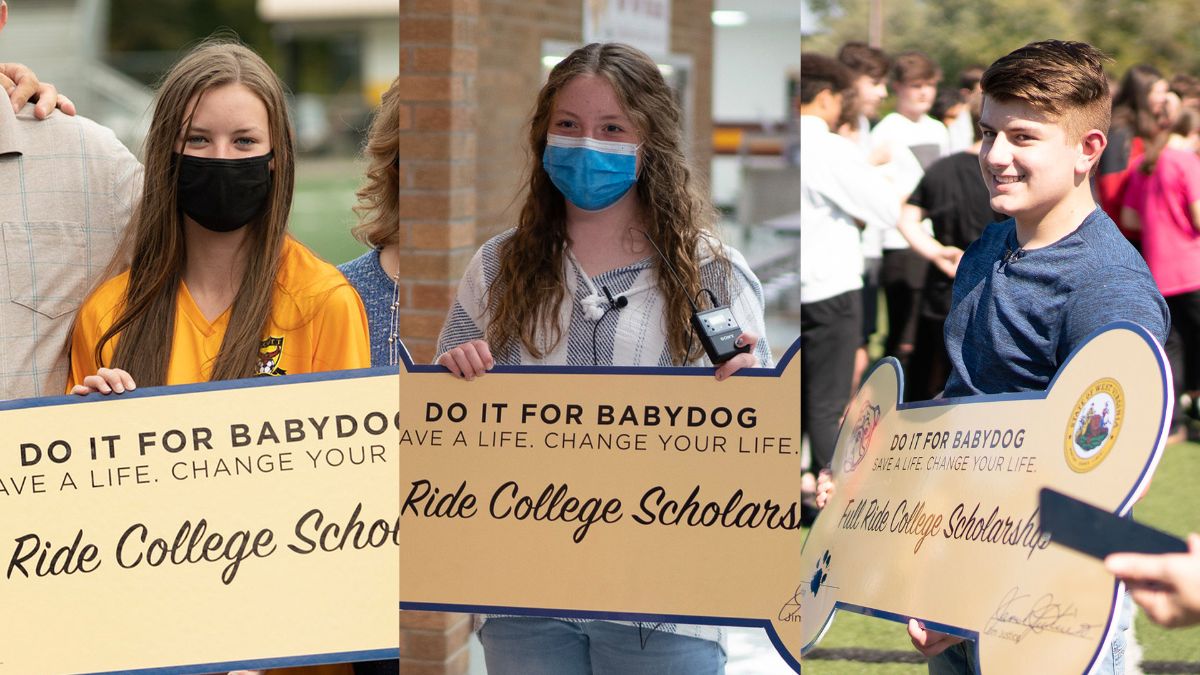 MADISON, HURRICANE & CROSS LANES, WV – Gov. Jim Justice provided a life-changing opportunity to three West Virginia students today when he and Babydog surprised them at their schools and revealed that they had each won a full-ride college scholarship through the “Do it for Babydog: Round 2” vaccination sweepstakes.

First, the Governor and Babydog visited Scott High School in Boone County, where he announced that Ashley Dingess of Jeffrey had been drawn as one of this week’s scholarship winners. 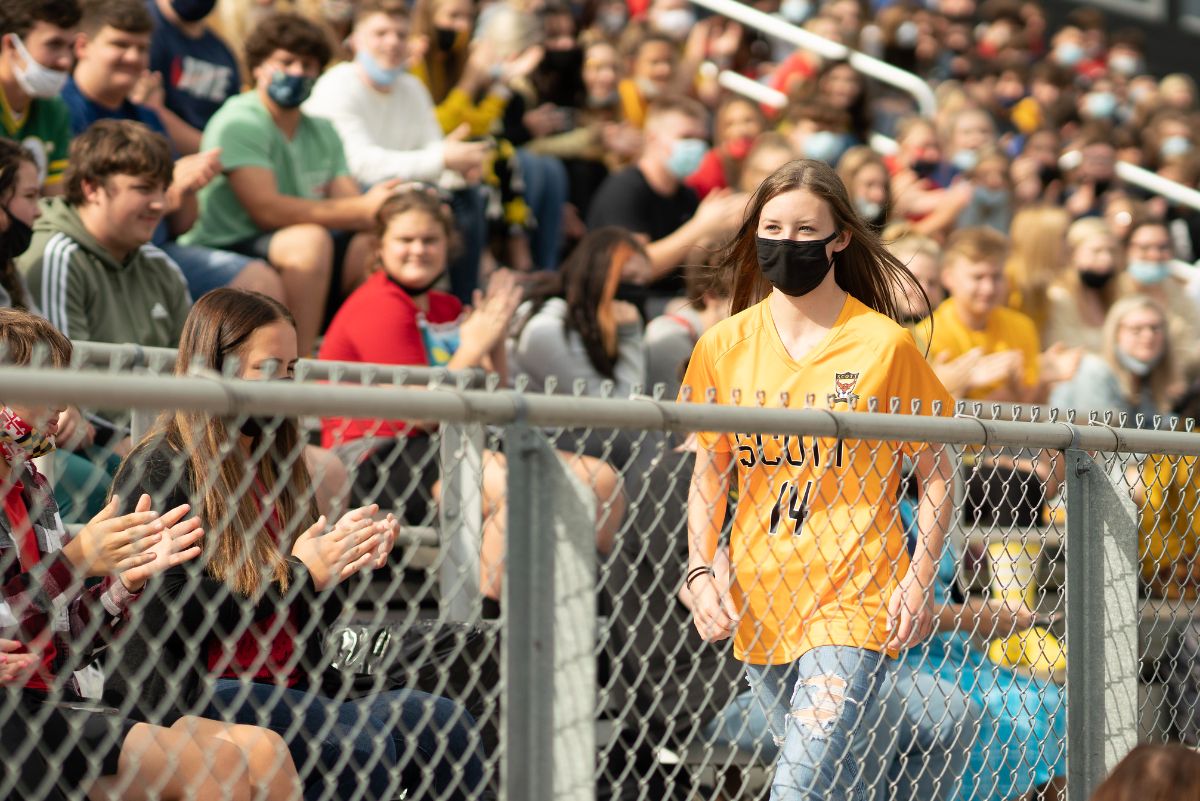 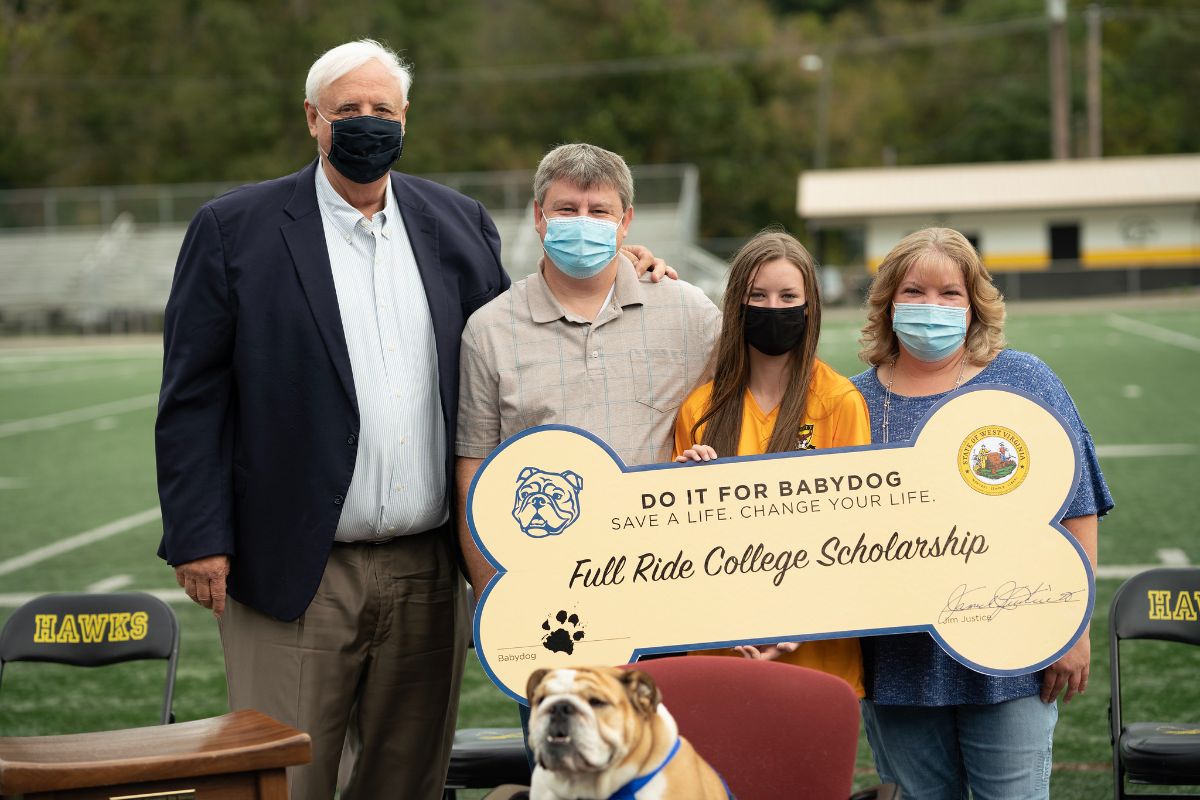 Then, Gov. Justice and Babydog made their way to Hurricane High School in Putnam County, where he announced that Connor Reece of Hurricane had also been drawn as one of this week’s scholarship winners. 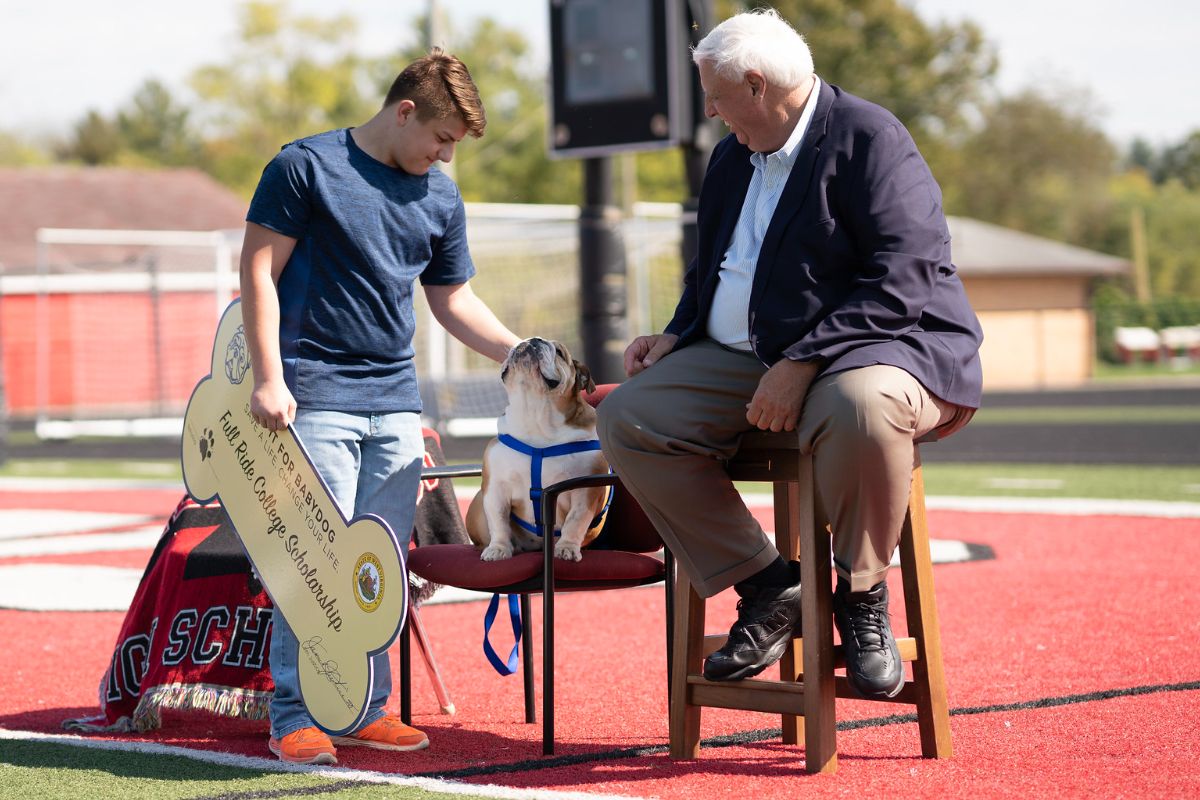 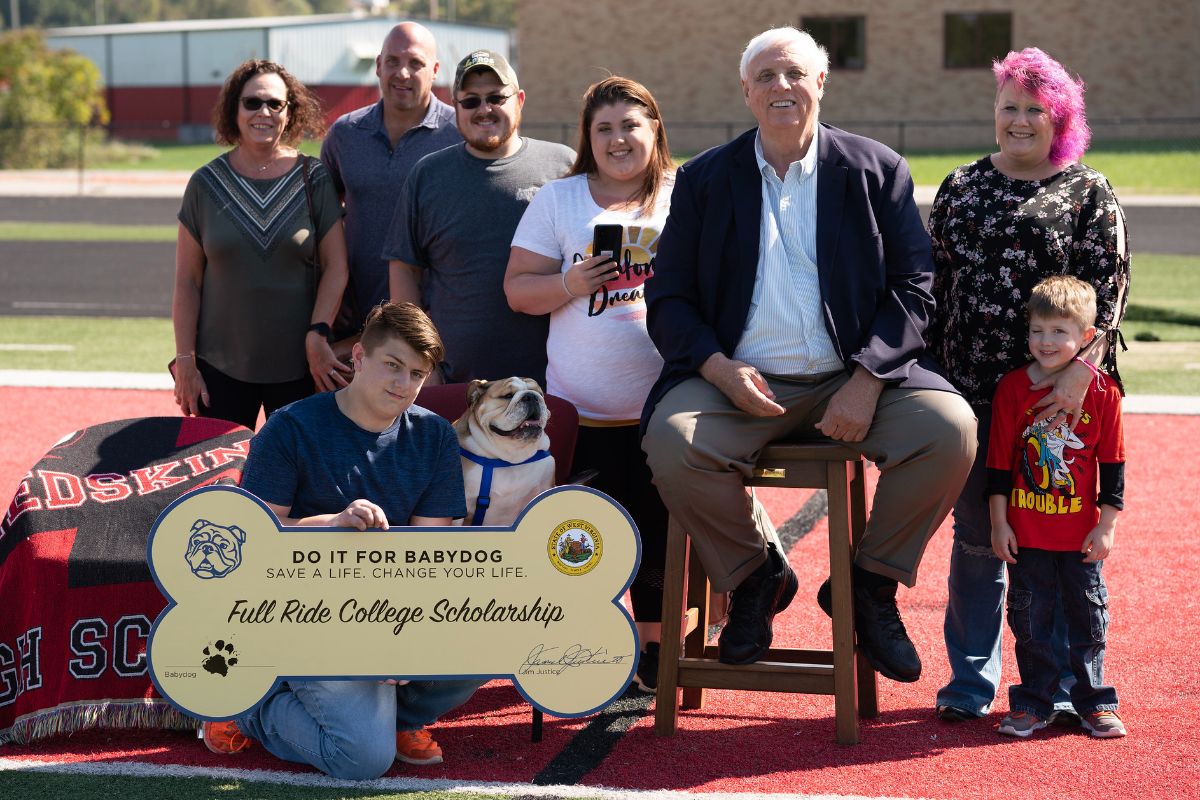 Later in the afternoon, the Governor and Babydog stopped by Andrew Jackson Middle School in Kanawha County, where he announced that Karlee Baisden of Charleston had been drawn as yet another one of this week’s scholarship winners. 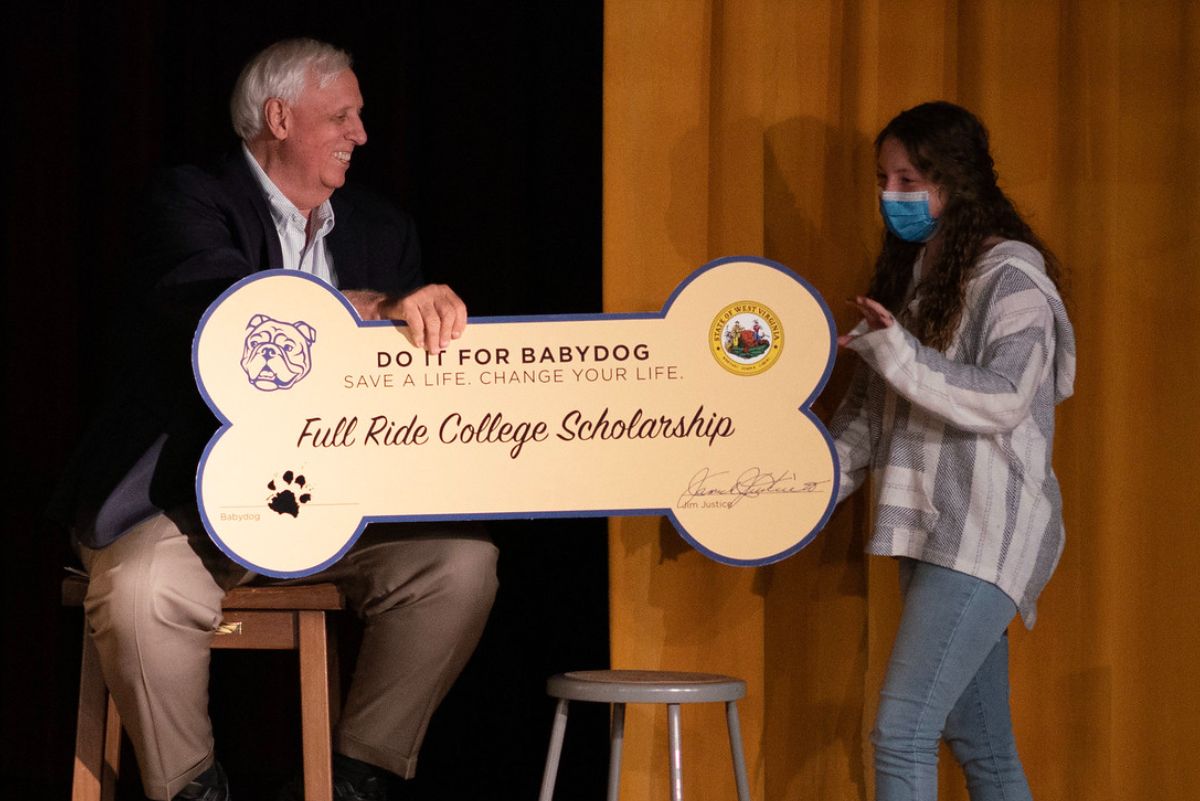 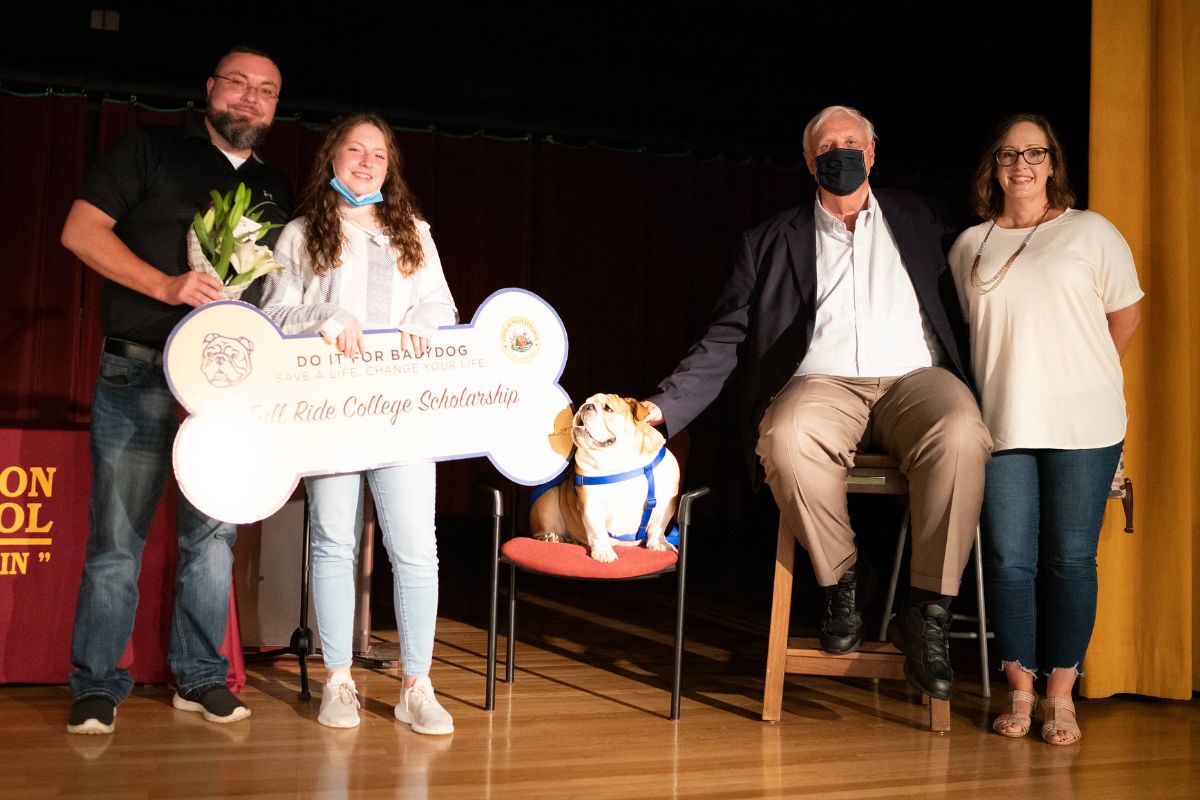 While at Andrew Jackson Middle School, the Governor also recognized one of Baisden’s schoolmates – Samuel Smith – who was also named as a Babydog sweepstakes scholarship winner three weeks ago. 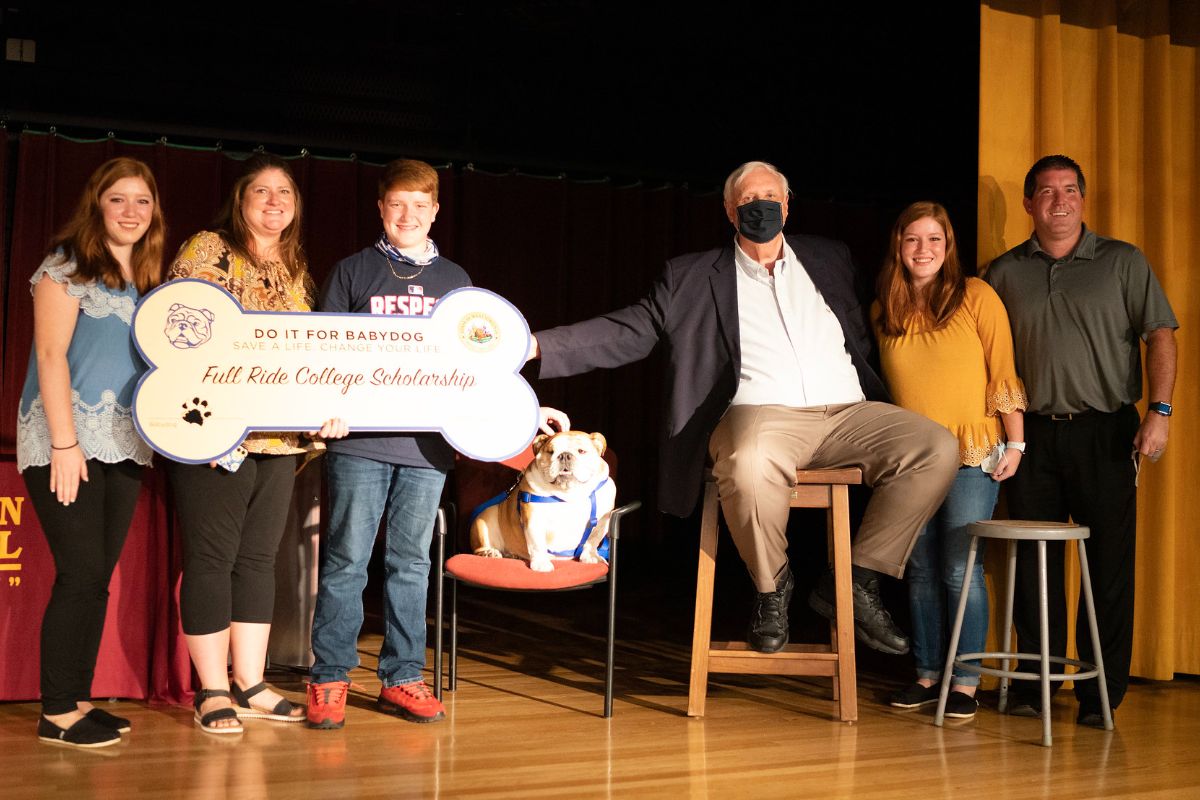 The winning students were joined by their parents, principals, classmates, and other county education leaders for the presentation ceremonies.

The full four-year scholarship to any public college or university in the state includes room and board, tuition, and books. The prize is valued at over $100,000.

Dingess, Reece, and Baisden were among five college scholarship winners this week.

Also this morning, Gov. Justice and Babydog met up with Steven Stover of Mabscott, surprising him with the keys to a brand new top-of-the-line zero-turn lawn mower; a 61" Bad Boy Rebel 747cc with a Kohler engine. 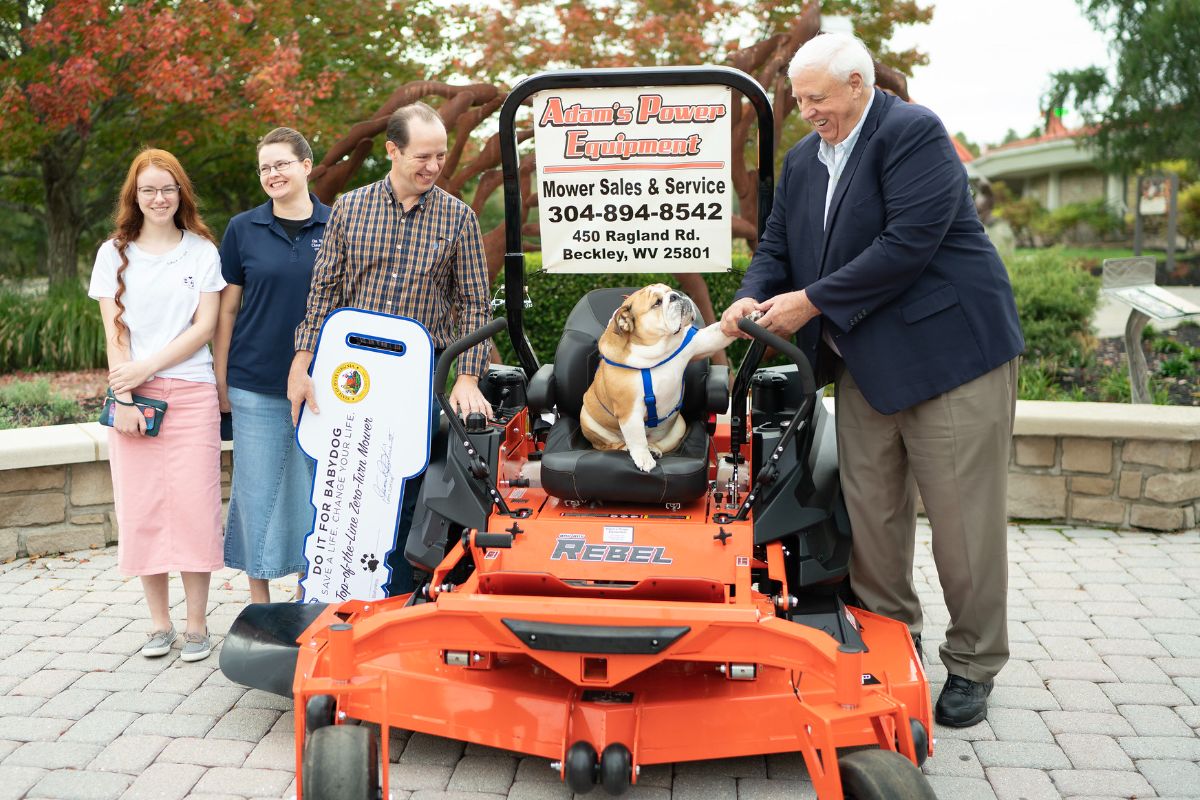 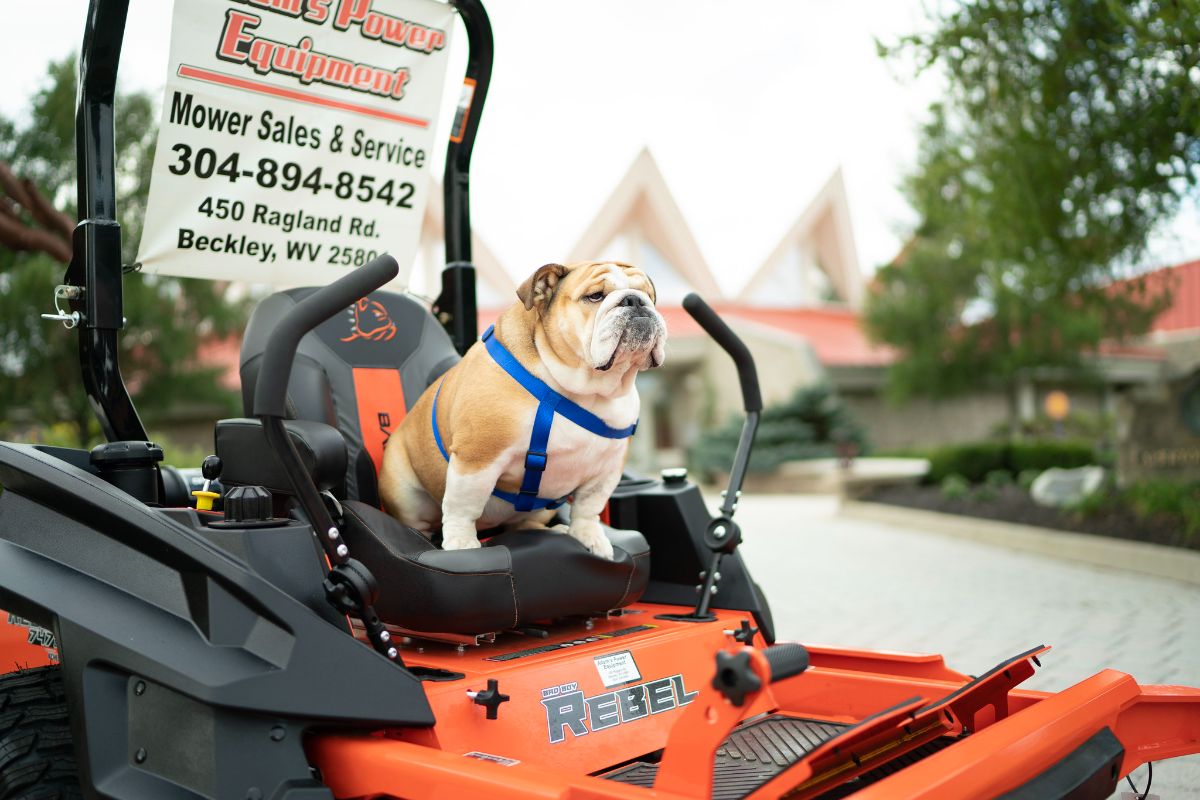 Last week, Gov. Justice announced that SSgt Michael Beall – a firefighter with the West Virginia Air National Guard’s 167th Airlift Wing in Martinsburg and the Martinsburg VA Medical Center – had won a new Corvette in this round of the sweepstakes. The special announcement was made at the Charleston Rod Run and Doo Wop – the largest car show in West Virginia. 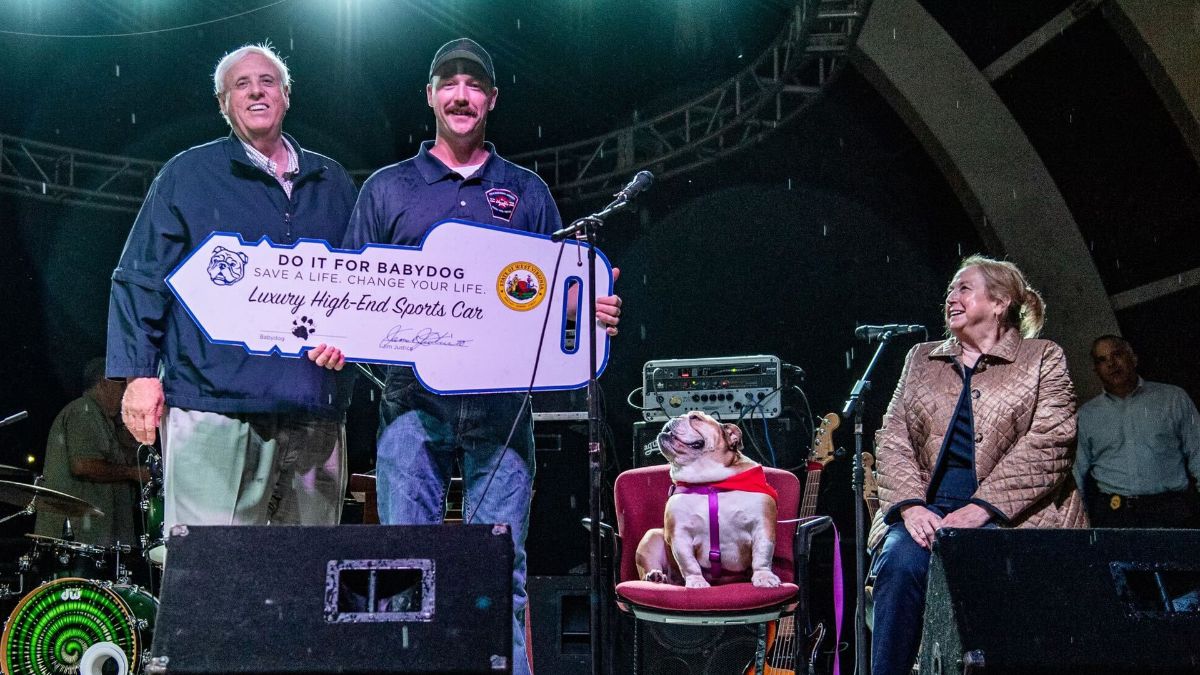 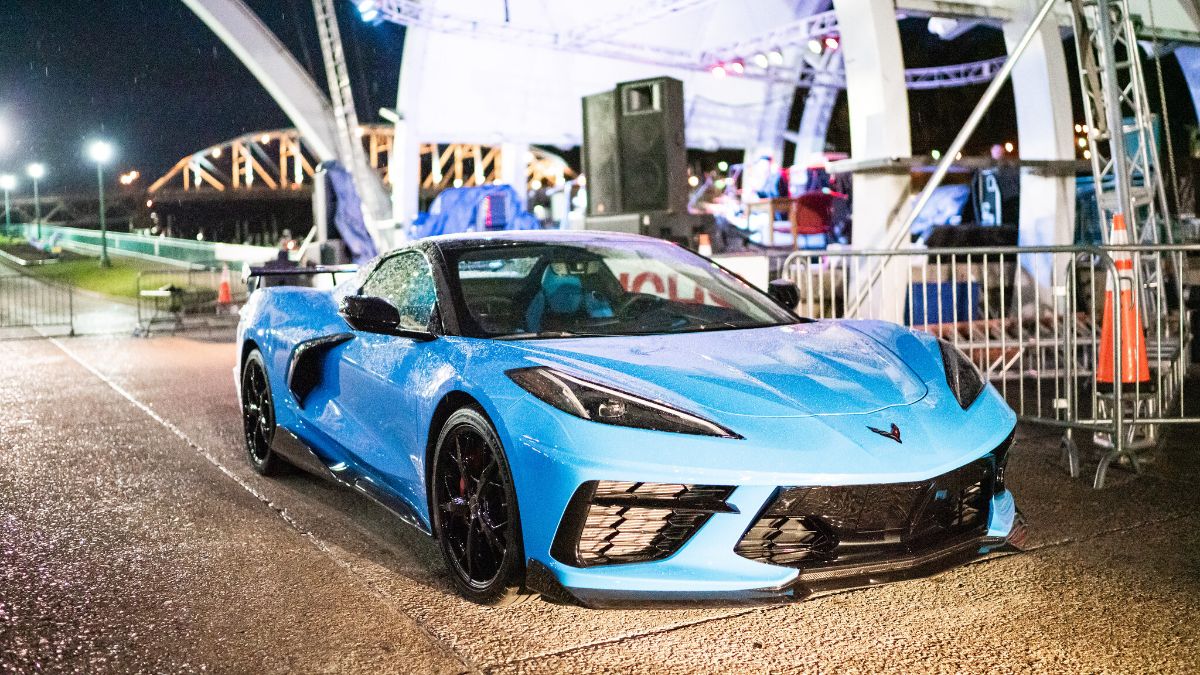 In all, the 25 prize awardees announced today mark the sixth and final set of winners in “Do it for Babydog: Round 2.”

“DO IT FOR BABYDOG” WINNERS

Although registration for “Do it for Babydog: Round 2” is now closed, Gov. Justice continues to urge all West Virginians to get vaccinated.

FIND A VACCINE NEAR YOU 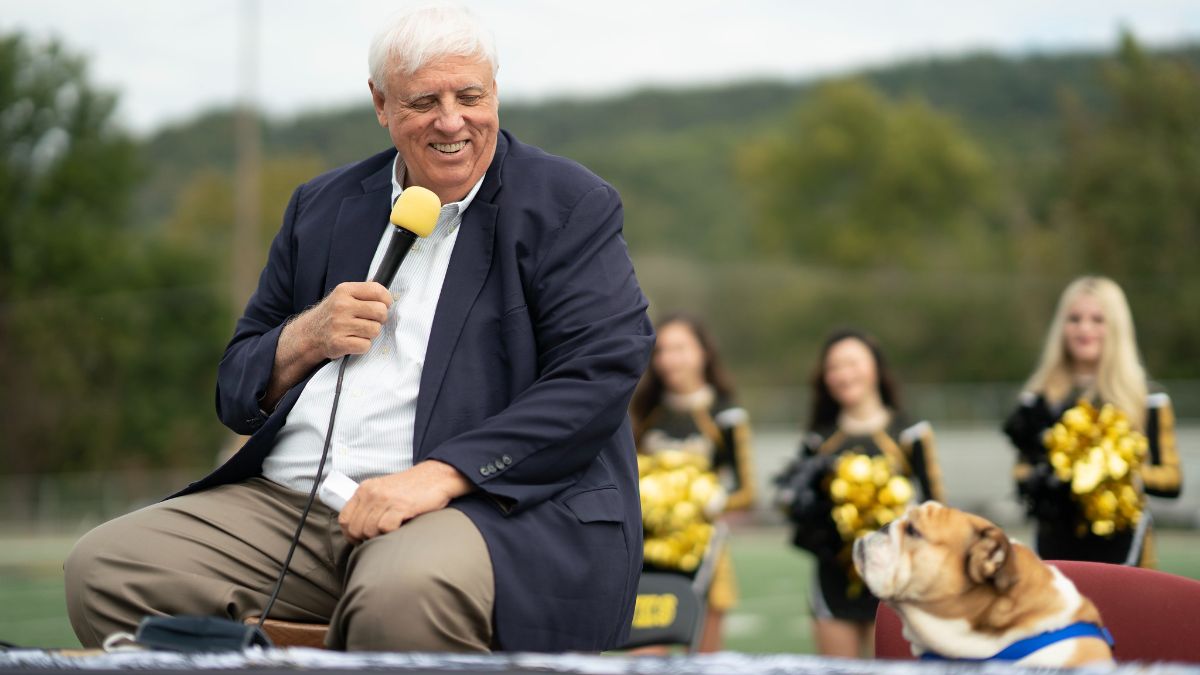 Governor Cuomo Launches ‘No Hate in Our State’ Campaign to Combat Hate, Division and...

CANADA admin - November 13, 2020
Please note that this news release has been updated to provide more clarity about travellers’ isolation period and sharing space within a household. The Government...

ABOUT US
Governors News is a news aggregator that accumulates actual news about Governors and Governor's teams, achievements in the development of states and territorial entities of different countries of the world. Governors News - is one of the tools of the Global Initiative for Territorial Entities - newsgovernor.com
Contact us: governorsinitiative@gmail.com
FOLLOW US
© Copyright, 2019 News aggregator "Governors News". Use and copying of news materials newsgovernor.com is allowed only if there is an active indexed link to the sources indicated in the news and other textual materials. In the absence of active and other references to primary sources, the use of news, text and copyright materials newsgovernor.com is allowed if there is an active indexed link to newsgovernor.com and the author (s) of the material (s).
MORE STORIES